While Pat suffered in Paris, I Eurostarred it to London and then trained to Cambridge for the fifth international Student Voice Seminar/Conference. This is the third one that I've been part of, mysteriously elevated to a co-planner along with Alison Cook-Sather (the originator) and Bethan Morgan - with other consultations from Dana Mitra and Lena Bahou. This meant that I organised the opening 'getting to know you' activity - a 'dance-card' version of a bingo sheet - and also was able to facilitate some sessions by opening my mouth Australian-style and being pushy.

These are wonderful gatherings: about 60-70 people who share similar orientations, and talk about participatory approaches in education that excite us. Each has a theme around 'bridging the divide' so it was pleasing that that there were again academics, teachers, students (secondary and tertiary), policy people and so on. Again some folks from the Danish student group attended and presented, and two teams of students who were involved in local 'students as researchers' initiatives, took part in a panel around this. 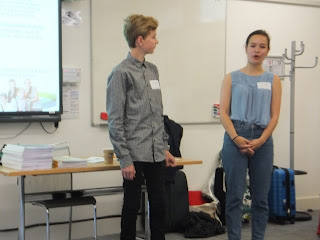 As well as formal short presentations of papers, there were workshops, descriptions of practice, 'un-conference' sessions (around topics generated by participants), sharing of practical tools, and some short keynote sessions. These latter presentations marked that this occasion was the end of the initial phase of seminars, dedicated to the work of Jean Rudduck (presentations by Michael Fielding and Susan Groundwater-Smith) and to the continuing initiatives of Alison Cook-Sather (by Lena Bahou).

I was again enthused by the commitment and reflection of people from many different locations, and with many different approaches within the shared range of understandings of 'student voice'. There was a great discussion about 'power' facilitated by Eve Mayes; we talked about ways to build commitment beyond seeing students as 'cute' respondents; we argued about rubrics; we shared resources and ideas. 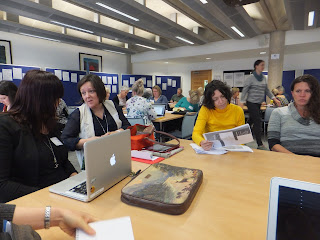 For more details of the seminar, see the great on-line descriptions and blog at:  https://cambridgestudentvoiceseminars.wordpress.com and particularly the link to the 2015 Seminar: https://cambridgestudentvoiceseminars.wordpress.com/2015-seminar/   There's also a storify of tweets that starts at: https://storify.com/Blodwen123/5th-cambridge-student-voice-seminar-2015 - thanks to Bethan. 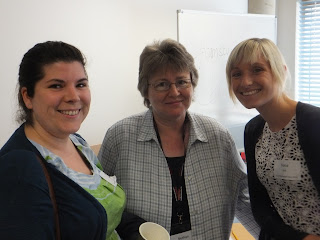 This was the last of the original seminar commitments. There was, however, strong commitment to keep the gatherings going. Next year looks like it could be in Vermont, USA; the following maybe in Dublin?  And, who knows, maybe one in Melbourne or Sydney some time after that.

And then it was back to Paris to a Gare du Nord blockaded by taxis.  But more on that elsewhere ... luckily we're in walking distance of the station.

Roger
Posted by Roger Holdsworth at 07:51