Take a walk on the wild side: be a pedestrian in Copenhagen.

I'm not complaining; I'm not shaming: I shouldn't even travel if that was my way!
And after witnessing first-hand the mass movement of Syrian refugees across the Northern German border into Denmark yesterday on our drive from Copenhagen into Germany, my comments even to me now seem inane and inconsequential!
But bear with me and be warned!
Bikes rule supreme in Copenhagen. There are extensive, dedicated and spacious bike lanes on both sides of roads, streets, laneways, parks, bridges, tracks....you name it; the bike reigns. Hence my surprise at the street art below depicting a somewhat startled female cyclist. Goodness knows she has nothing to fear, and certainly not traffic or the odd brave pedestrian. 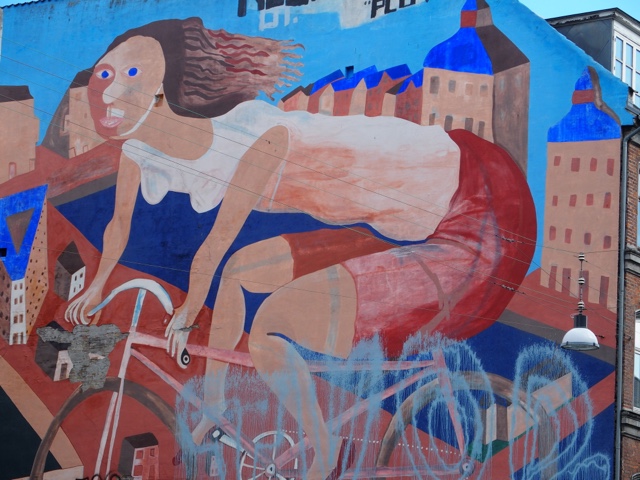 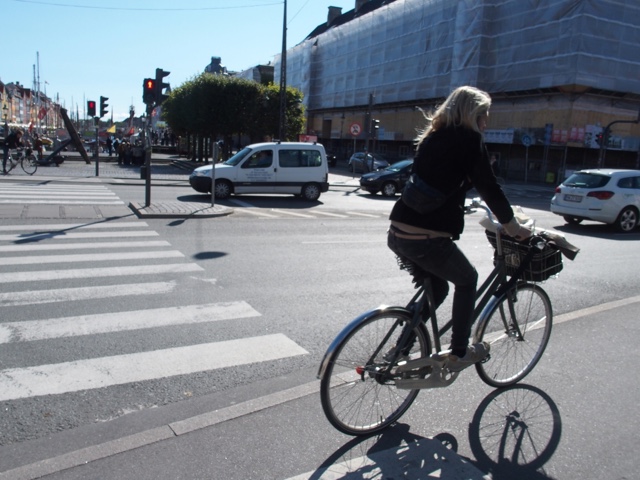 And that's my point. I have respect and show care and consideration for cyclists, more so as friends have been terribly injured and one fatally so. But when I can't find somewhere safe myself to walk on the FOOTPATH, imagine my concern. 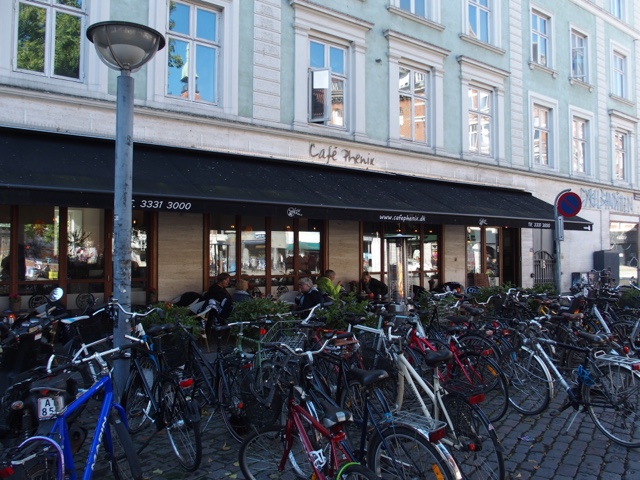 There are over 35,000 bicycle trips INTO the city of Copenhagen per day over one bridge alone which has monitoring gauges to count these trips. And that was our local bridge too.
Bicycles are parked against the shop front, wall, in designated spaces near metro stops and the like, really any space can be used. 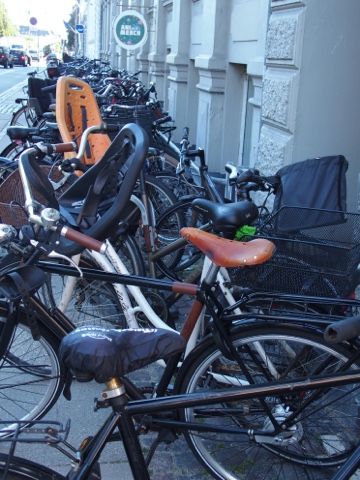 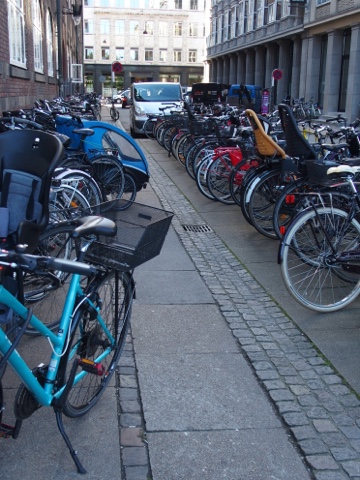 But thus the skill of being a pedestrian in Copenhagen begins. Crossing roads. Easy enough and only at controlled traffic lights. But then there are the bike lanes both sides to navigate across. Although there are appropriately positioned mini traffic lights for cyclists, some cyclists (and we constantly observed this) don't really pay that much attention to them. They seem to assess whether the pedestrian has seen them and if so, they will cycle through against the red light. Imagine my anger at one who extremely nearly collided into Roger's left (artificial) hip. The hip I had nursed and supported 18 months ago, and no bike was going to take it out on my watch! 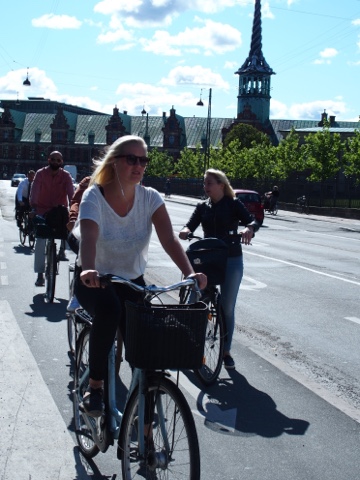 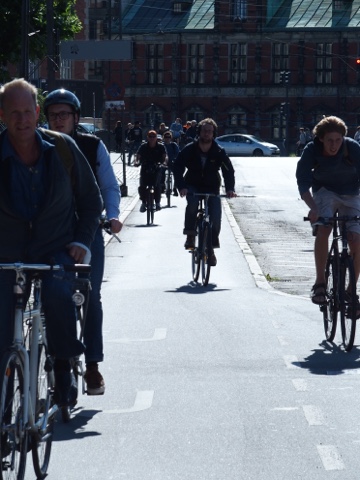 Bike parking can be creative too, such as in the middle of the narrowest pedestrian walkway. Then it is impossible to get around if you are on foot, even on foot with a bike! 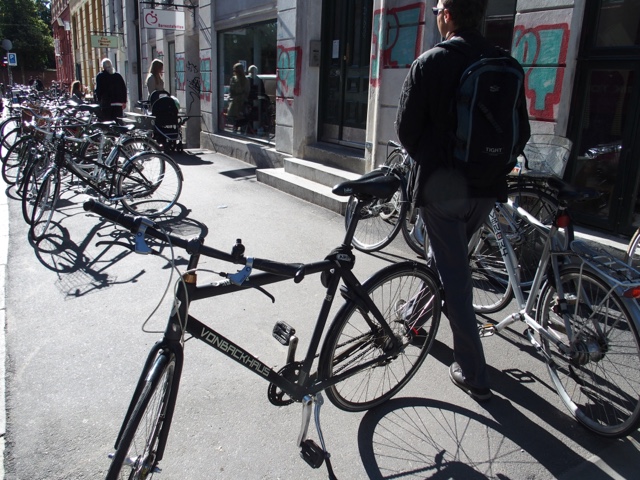 The most difficult situation is when a cyclist meets up with a friend who is on foot. They stop to talk on the footpath which then invokes some complex manoeuvring to get past, then said friends may decide to walk along footpath, talking, with one wheeling their bike. Imagine trying to get by when this comes towards you! Footpaths are not that wide. 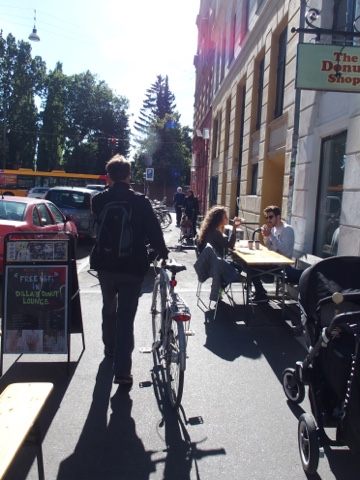 So, it was a bit of a challenge and one day in particular I declared it was "Piss off Pat Day" what with the lack of bike etiquette on the FOOTpath, but it's remarkable how the bicycle is well entrenched in city culture; how everyone gets along with it; how positive I feel about the bike over the car anytime.
And then how jealous I was as bikes serenely glided past us in our local cemetery/park everyday. 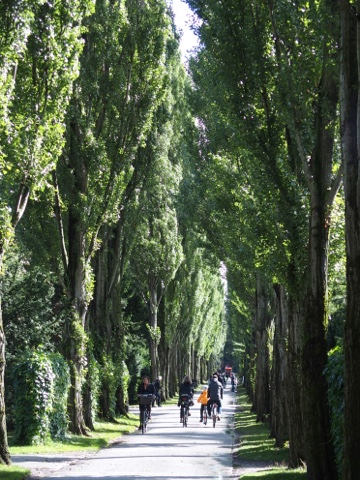