Down the Salt Mine

As we noted in the previous blog, the visit to the Salt Mine at Wieliczka was the highlight of our stay in Krakow. Wieliczka is a small town on the southern outskirts of Krakow. It takes 21 minutes to get there on a very modern and comfortable train. The Salt Mine is then an obvious 5 minute walk through the town.

We'd previously bought tickets for the 11.30 am English tour. We lined up (clearly marked) and were conducted into the mine building by our young guide, Mat. We started by descending the main vertical mine shaft by hundreds of wooden stairs ... ending round and round, down and down. The levels were numbered, so you could see how far your were descending, but a later schematic showed that this was less than half the total depth of this shaft. 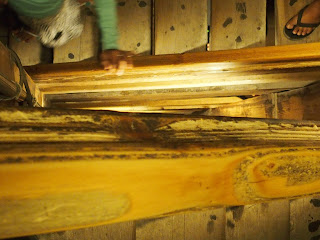 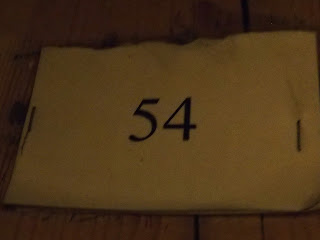 Commentary to the group (of about 40 of us) was through little earpieces and covered the history of the mine, its structure, and the major attractions along the way. There was continuous salt mining here from the 1500s until the mid 1990s, and its is still a 'working' mine in that there are miners employed to maintain it ... something like 200 miners, plus 600 guides employed.  There are masses of tourist visitors, but the way in which they are managed in groups, and the complexity of the mine tunnels and cagers meant that it never seemed crowded ... and we seldom saw more than one other group in the areas in which we stopped. 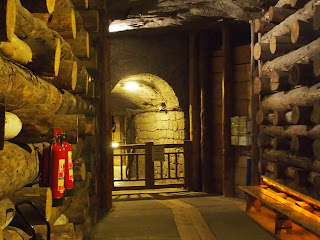 Earlier tourists had been Copernicus and Goethe: 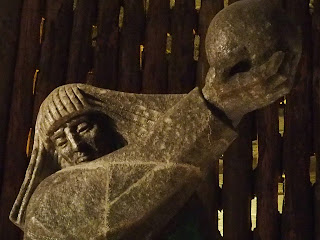 Even the wood beams, subject to immersion in the salted air, become saltified or ossified over the years: 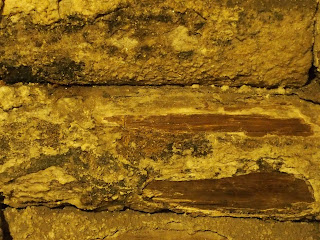 Here are some other photos of scenes from the mine: 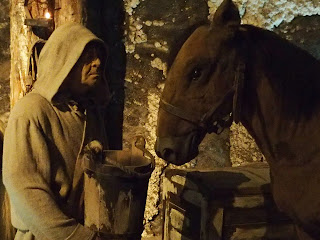 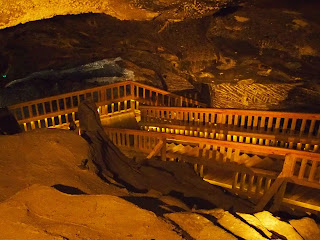 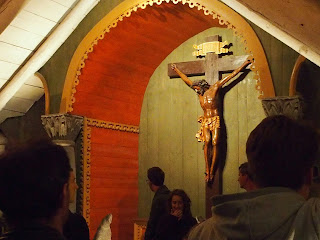 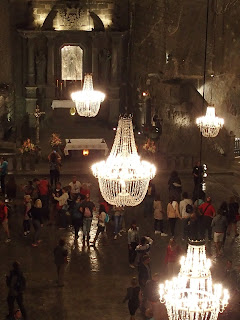 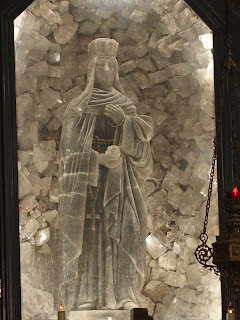 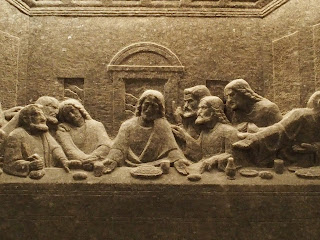 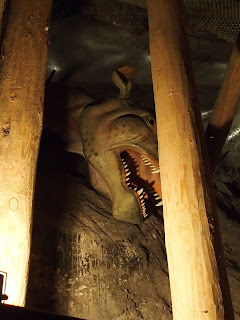 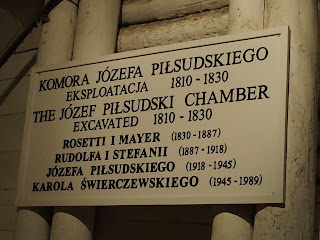 Some of the stops and displays are about the processes of salt mining. The equipment is still there, some of it in working order, and illustrating the changes in techniques use over the centuries. There are full-scale models and small dioramas. In a couple of places there are 'cheesy' effects: false rumbles and flashes of explosions, to highlight the dangers involved.  It was pointed out that miners here had always been valued: provided with health care etc, child labour avoided ... such was the value of salt.

But the big highlights of the tour were the chambers carved by the miners. Some of these were chapels hewn from the salt; and some of these were 'moving' chapels, that were dismantled and moved on as seams were worked out, and new seams opened up. But some were spectacularly huge: a giant chapel with wall bas-reliefs and statues; a monstrously tall open space with wooden steps snaking up the walls high above us; equally enormous spaced braced by massive wooden beams. Each passage led to an even more spectacular space. This really was a 'wow' experience. 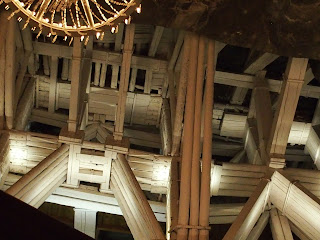 The photos here show only a little of what is to be seen - and the stories we heard.  We wound down and down, through slopes, but also down more staircases. (There are other tours apparently, that shadow the miners' lives.) And it was pointed out that we were seeing only about 2-3 km of the 100 km of tunnels, and about 20 of the 200 chambers ... about 2% of the whole mine.  It must be enormous.

Finally, Mat led us towards the exit, but first to a restaurant 300 m underground. 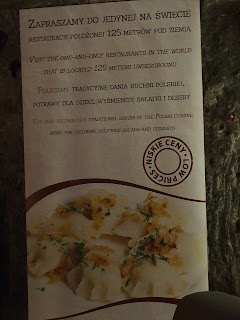 We had to, of course. And then another long guided trek through further tunnels to a lift that took us from the lowest levels back to the surface. We emerged in a different location in the town.

What a great day!
Posted by Roger Holdsworth at 06:15