How do you write an extensive blog describing a day doing not much at all? Well, maybe some photos will tell the tale.

We drove out of Stockholm and up the east coast of Sweden, turning inland at Sundsvall.  All routine.  We'd booked into a small B&B in a hamlet called Viskan, near the village of Stöde, and somewhere the name of Gösunda gets thrown in as well.  Beats us.

This B&B is Sweden Slow Living, inspired, the owner says, by the slow food movement. It's an old two storey wooden building on the small road that runs along between the river and the railway line, close to one of the occasional bridges across the river. If we once knew the name of the river, it's ebbed away ... and is immaterial anyway.  It's just the river ... Such is the slow life on the river. 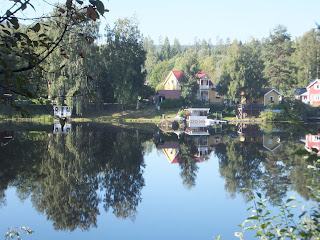 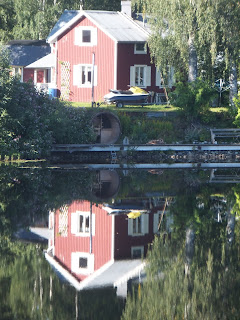 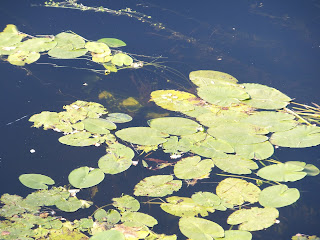 We were in the downstairs part of the house - a bedroom at one end, a large bathroom at the other, separated by what will, one day, be a public area, but is now a semi-construction site. 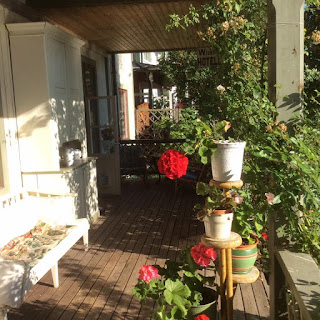 All looking out onto a long verandah that, in turn, looks over the river. Two cats ... 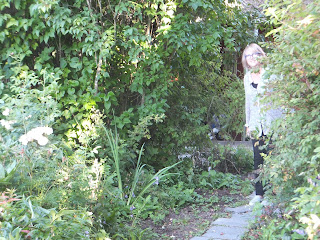 We spent an evening and a full day there, doing not much at all, as indicated above.  On Monday, we drove into the town of Ånge, some km further along west, to find an ATM and have a Thai lunch. Then we drove back again.  Such are the highlights of life on the river.

Hans, the owner, teaches chefs at a senior college some distance away. He wasn't round during the day (well, we arrived on Sunday, so he was there then), but cooked us dinner each evening and we sat on the upstairs balcony, ate, drank, talked about the world and Viskan.  Hans' brother-in-law paddled past in his canoe a couple of times. We read, blogged a little ... not much....

Slow living on the river.
Posted by Roger Holdsworth at 13:04