With Oslo, we're right into Viking ship territory - not the fake stuff as in Dublin, with open top buses with tourists in fake horned helmets and plastic swords yelling loudly, but the complex information about farmers and traders with huge connections around the world.  And burial ships preserved in mud and clay, with evidence of everyday life. 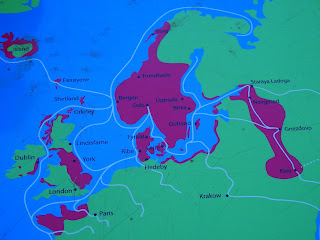 But Oslo is also the home of an adventurous and brave record company, Kirkelig Kulturverksted (KKV), whose music I've enjoyed playing for many years, and I was delighted to meet up with Hege from them and visit their offices in the Jakob Church.

It turned out that we were staying only 400m from the KKV offices, in an Airbnb apartment billed as in 'the most beautiful little street in central Oslo'.  The little winding dead-end side street probably fulfilled this promise; the apartment was over a guitar shop in the street (yes, with all of those implications during the day ... mainly) but accessed through a track off the side street, past wooden houses, down some stairs, then into the building and up a short flight of stairs. We settled in after leaving the car in some free parking on the street near a cemetery (hmmm St Olof again). 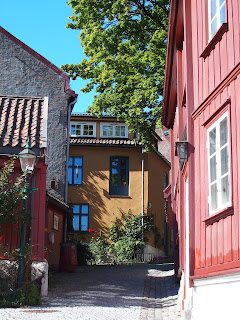 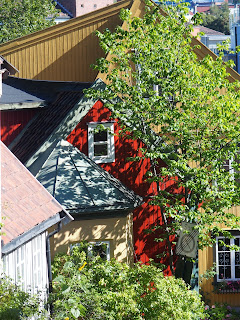 Just up the block is a large food hall beside the river. This is one of a number of converted factories in the area, now restaurants, studios, stores, apartments etc. Some are very 'alternative' and grungy; the Mathallen is more organised and even 'commercial', a large semi-open space with both market-style stalls, and also eat-in or take-away food locations.  Some party for Master Chef Norway was happening there as we arrived. 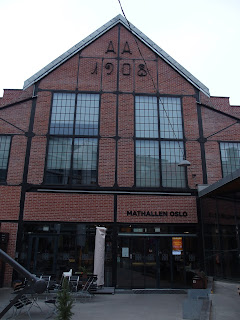 We ate there a couple of times, and once in a burger restaurant nearby, when the Hall was closed on Monday.  And once in an Indian restaurant around the corner.

During our stay in Oslo, we found out that there was a Gypsy Music Festival happening at the Jakob Church, where KKV is located. This started on the Friday evening that we arrived and continued through the weekend. We went along on the Saturday night, intending to see Serbian band Kal, amongst others. Unfortunately, Kal hadn't made it (which the English website failed to mention) but we saw/heard a Django Reinhart style group (Winterstein and Lagrene Group, from France), a local Rom quartet (Raya and Gypsy Legacy), and a flamenco outfit (Puerto Flamenco, from Seville). Interesting but somehow not really engaging - it seemed a bit 'in group', playing to each other rather than to an audience.  (On other nights, maybe there was Romano Drom from Hungary, and Sare Roma from Lithuania ... maybe ... I was told that a couple of the bands hadn't been able to make it...)

We also headed off on the #30 bus to the Bygdøy Peninsula - which contains several museums. One of these is the Viking ships museum, which is basically just that: a museum around the findings of three ships that had been used for burials ... the ships and the jewellery and artefacts involved. One of the ships, the most complete one (with some restoration) was the grave of two women - lots of unanswered questions.  But good interpretative signage. 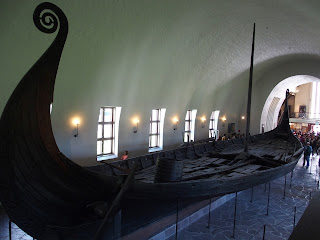 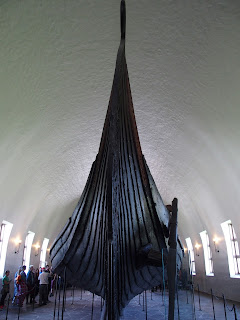 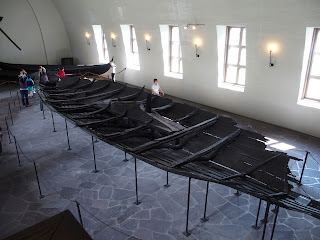 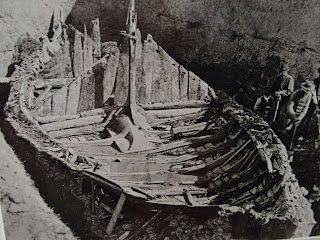 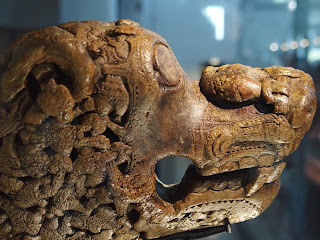 Nearby on the same peninsula is an open-air museum, with farms, buildings and houses from various parts of Norway.  It is quite big, though not as extensive as similar examples in Stockholm and Tallinn, but as always fascinating to see and a good place for wandering around in for a few hours.  Not really anyone to talk to in the buildings however, though some people wandering around in costume. 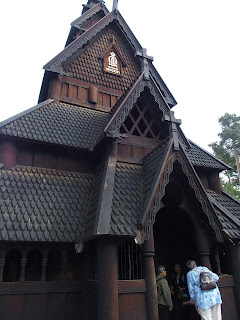 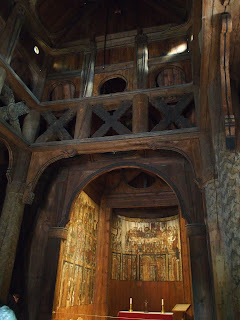 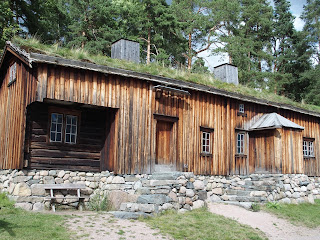 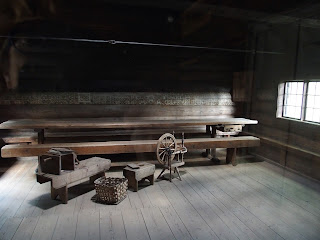 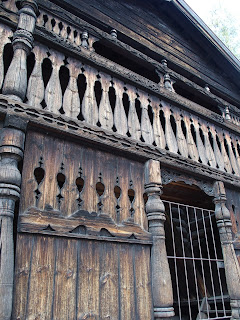 A local map, with some quirky commentary, provided a couple of walking tours of Oslo, and so we headed off on one of these - the eastern part, basically. Though we started just behind our apartment by climbing to a park that provided a high-point overview of the city.  The final bit of sun for the year provided some excuses for sun-baking... 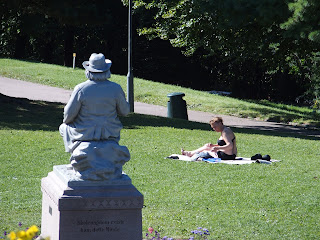 Then for a 5-hour walking tour through some of the gritty and less gritty neighbourhoods of the city: 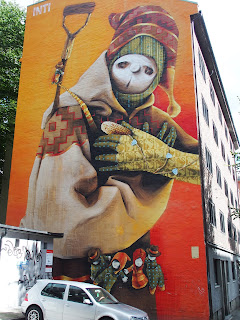 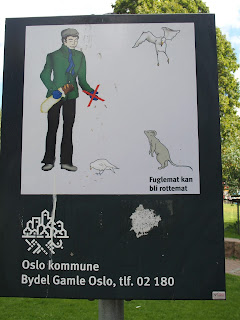 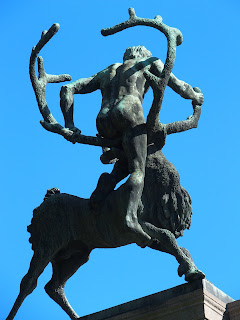 ... including coming across an interactive installation and interpretative display about Viking life in the Botanic Gardens: 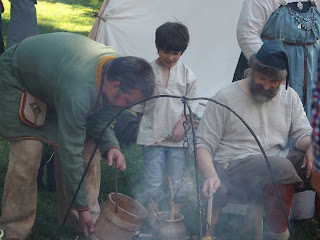 Finally, after wandering briefly into the harbour-side fortress, we took a two hour cruise of the Oslo Fjord late one afternoon, out on the open water and round lots of the islands. This provided another useful perspective on the city. 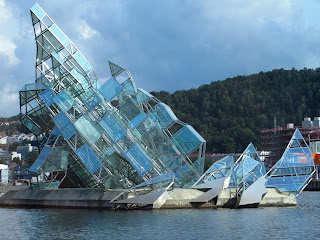 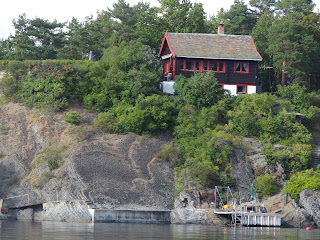 When we got back to the harbour we were struck by how quiet everything was - few crowds ... in fact an almost deserted down-town area. Was this the end of summer?

Overall a pleasant time, but we didn't engage with Oslo in the same way we had with other cities. Maybe that was not having the personal contact there; maybe it was the reserve of the Norwegians; maybe it was us ...  We packed up and left the apartment keys for the next visitors.
Posted by Roger Holdsworth at 12:16