I think it was Mike who asked why we were going to Gothenburg, suggesting that there was nothing much to do there.  Sorry Mike - wrong!  We had a great time and there was tons to keep us entertained.

Perhaps it was the size of the city (about 500,000), or meeting people there - or the ease of walking around downtown and inner suburbs. We only spent three nights (i.e. two days) there, but could have done with more.

We couldn't access our accommodation until late afternoon, so drove a slow loop inland via a small town called Åmål, where we had a pizza apiece.  Then onwards into Gothenburg and to a 6th floor apartment in a gated community in the Heden area - near the football stadiums. 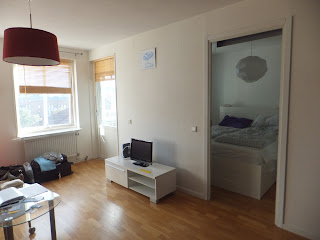 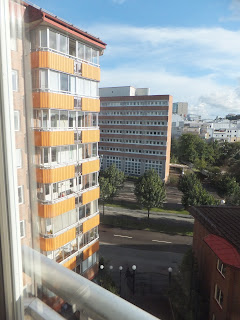 But the condo had a secure basement parking area, and a lift to the sixth floor.  Not that we felt we needed the security, though we're told later that Gothenburg and Malmö (further down the coast) have a reputation for gangsterism, and we remember reading of a drive-by shooting or a bombing in Gothenburg not long ago.  But we also read of a drive-by shooting in Northcote while we've been away - maybe new-found gangsterism in our hood.

We'd been in touch with a great local violinist, singer, composer, record label etc - Livet Nord - from the bands Kaja and New Tide Orchestra, and the Kakafon label.  So we spent some time that first evening with her, and then again on our final day, wandering around the Haga neighbourhood, and lunching at the cafe in the Musicians' Coop: 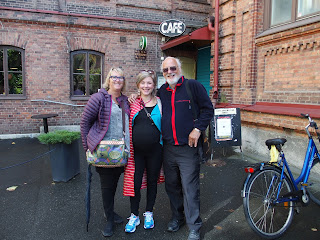 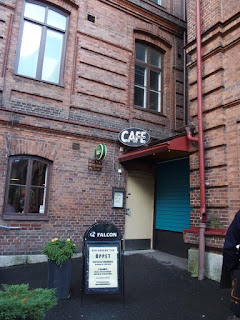 But on our first evening in town, Livet invited us to a gig in a club on a boat in the river, where her partner, Lucas Stark, was spinning some 78s, and an artist from the label (Loke) was singing. 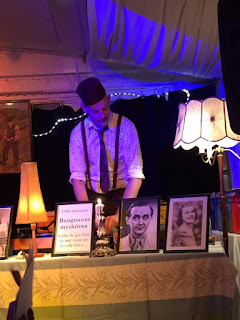 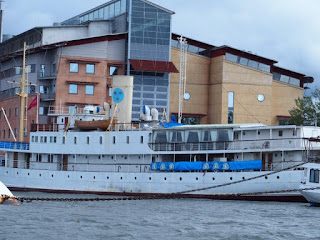 A most pleasant evening over dinner at the club, within an hour of being in town.

The next day we wandered into the downtown area, which was just a block or two away, and took a canal boat tour along the moat and river around the old town. 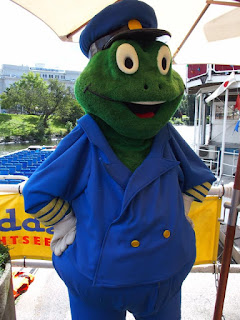 This was a 'duck low' experience, as there are some very low bridges. 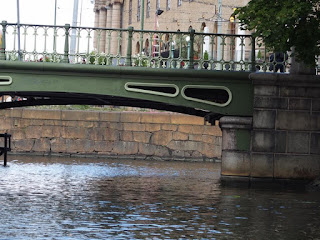 It was also fascinating to see the end of the shipbuilding yards and dry-dock for which the town had been reknowned - and these are being sold off and removed, and the spaces converted into riverside apartments. 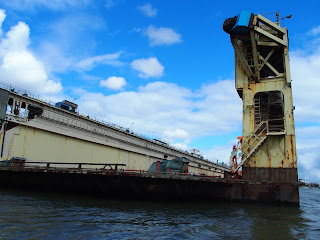 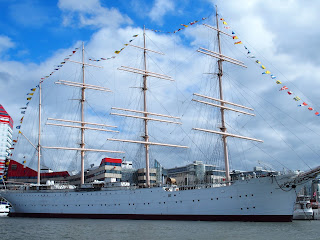 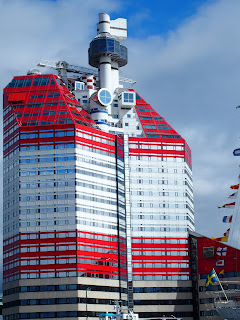 We also dropped into the 'fish church' for lunch ... the fish market, which has then been housed within a very church-like building. 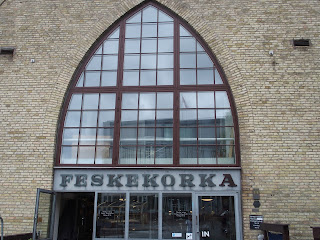 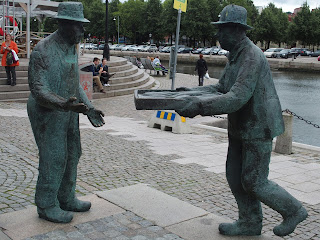 On the way 'home' then, into the City Museum and specifically to see the only Swedish Viking ship, with a bit of a display ... and quickly through the rest of the museum (a little glazed in eyes again). 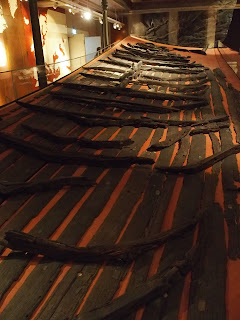 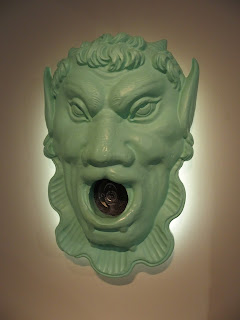 And next day (our final) wandered through Haga on the way to meet Livet again, including climbing to a tower providing a view over the city. 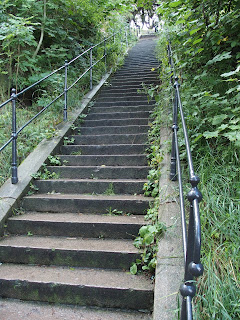 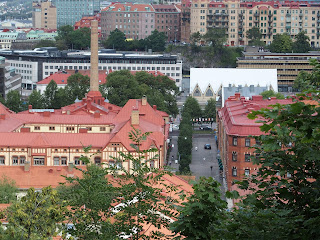 Further wanders with Livet before the aforementioned lunch, 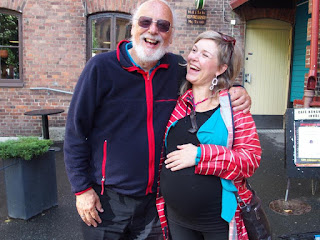 a quick CD shop visit (restrained) and back.  We'd tried to find a well-recommended Thai restaurant the previous night, but it wasn't where it was supposed to be, so we ate on the main Avenue ... but now, on our final night, we found the very kitschy Thai place ... only to be turned away as it was full... So we ate Thai in another local place, which was OK, but not kitsch at all. Unlike the nearby statue of Poseidon: 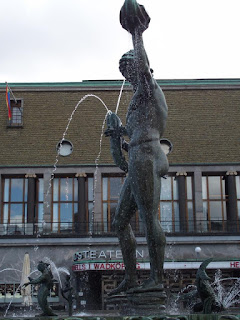 We felt very relaxed and at home in Gothenburg.

Postscript:  While we lay round in the sun in Oslo, as soon as 1 September came, the skies clouded and rain came in. We drove to Gothenborg in some showers, and this intensified - and followed us on and off over the days there....
Posted by Roger Holdsworth at 08:33