Once we had the pronunciation sorted out, it was plain sailing!  It's Olomo-uts ... or something similar. It's our final stop in the Czech Republic before we cross into Poland.

Olomouc is in the east of the Czech Republic. It is relatively close to Ostrava where there's just been a big music festival happening: Colours. We know that Anna Cinzia Villani was there a few days ago with Nidi d'Arac, as was Canzoniere Grecanico Valentino. We weren't.

It was great to arrive in this largish city - the 5th or 6th biggest in the Czech Republic - and find that, by and large, we were off the tourist trail. We could walk down the centre of the old town streets and across the huge old town squares without any fear of being run over or of being swiped by selfie sticks. There were no bus loads following a raised umbrella.

We drove there from the aforementioned ČK, stopping briefly in the large and lovely main square of Telč for an ice-cream lunch. This meant that most of this trip was on small roads, through villages and small towns. 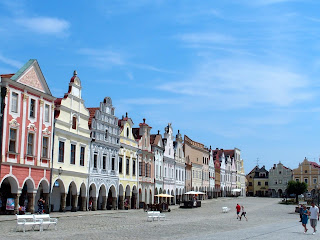 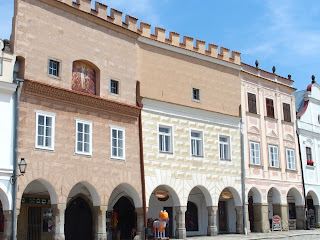 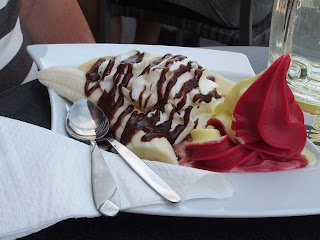 And then on, via a bumpy motorway, to our Pension Angelus, in Olomouc.

This was a lovely old building on the edge of the old quarter. It has just three rooms, with ours being a one bedroom apartment on the ground floor (after the entrance stairs): a large bedroom with quaint old furniture, a bricked up bread oven and a vaulted ceiling; a small kitchenette that was also the entrance passageway; a large bathroom with spa bath (which may or may not have worked) and a large area of inexplicable and pointless tile work. And access to a large, though overgrown and unswept, terrace with a view of the Cathedral. 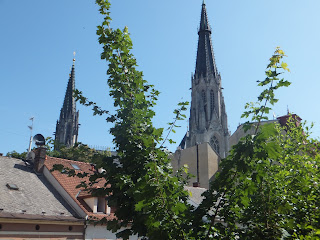 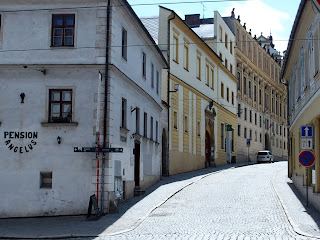 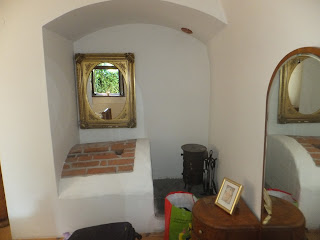 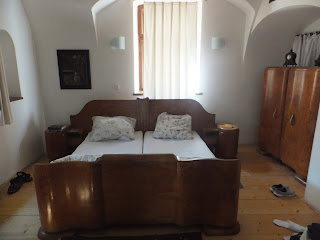 Unfortunately all this was right on a fairly busy road into and past the old town, and trams rumbled past and shook the house fairly regularly. However, double glazing reduced the impact a little - and it was reasonably cool inside. And the people running it were friendly ... and there was secure parking provided in a church yard (we think) about half a block away.  And it was very close to the original centre of Olomouc, where there's St Wenceslas Cathedral, the Archbishop's Palace and the Archdiocesian Museum ... and it's not too far to walk to the city square.

We left the car locked away and spent a couple of pleasant days wandering around the old part of the city: 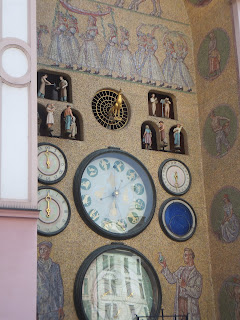 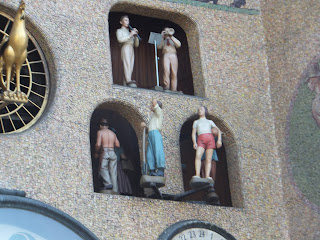 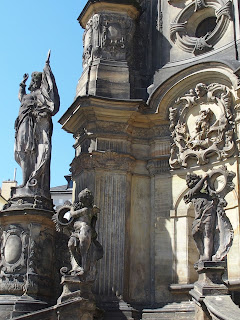 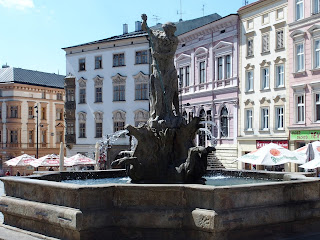 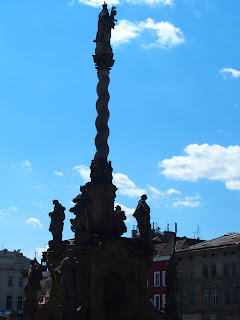 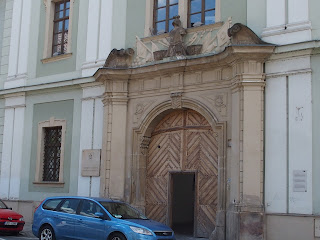 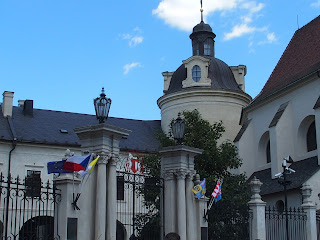 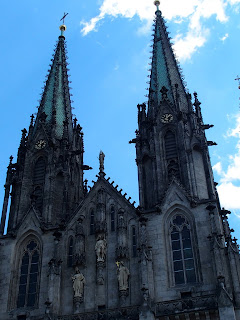 We're travelling slowly, partly because of the heat (lots of rest stops and siestas), partly because just 'being there' is the important part. So we can drift slowly back to our pension through the riverside gardens, and shrug when the Nepali restaurant in an Irish pub in a Czech city says the kitchen is closed (at 7.40 pm) - and spend a restful time in the main square with Czech and Chinese food ... and local beer.
Posted by Roger Holdsworth at 06:47