As I sit, contentedly at our accommodation for the next 2 nights, Slow Living Sweden http://www.booking.com/hotel/se/sweden-slow-living.en-gb.html, I should catch up a bit with my version of post cards to friends that I miss hugely! 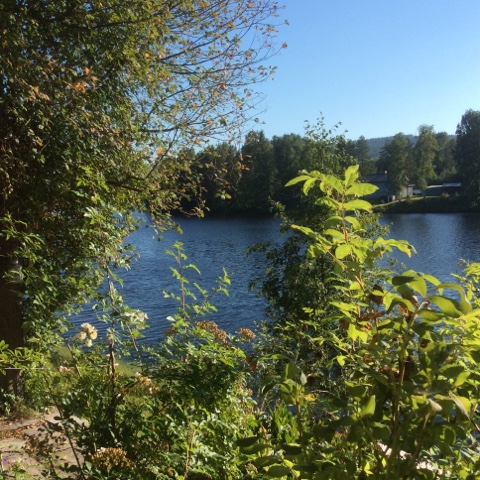 View from balcony on a warm late Sunday afternoon, Slow Living Sweden, in North Sweden.
Apart from all my gushing about the things we have seen and done, I really am struck by the connections made about peoples' lives as we travel to different countries and explore how history is acknowledged and celebrated. 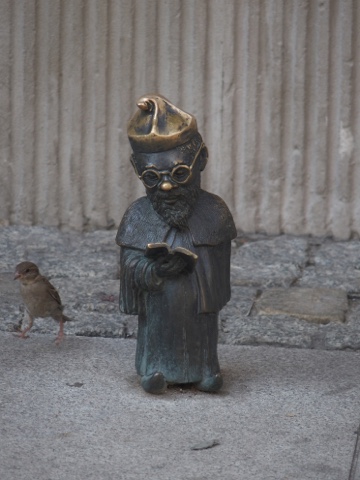 Professor in Kraków, important in the revolution and given status as a mini gnome at the entrance to one of the city's universities.
We have explored a number of the "open air museums" in Tallinn, Estonia; in Helsinki (the fortress island); in Tampere, Finland; and in Stockholm. Each visit there are amazing gems of information both written and verbal at an entrance to a farm house, a room or a garden, from "hosts", usually dressed in some aspect of traditional wear from the period and very willing to answer queries and explain a bit of the history. These hosts are multilingual and nuanced in many languages, so our more bizarre questions, particularly about workers' conditions or the politics of the time, get intriguing responses that invite further conversations. I regret only photographing rather than recording what we discussed. 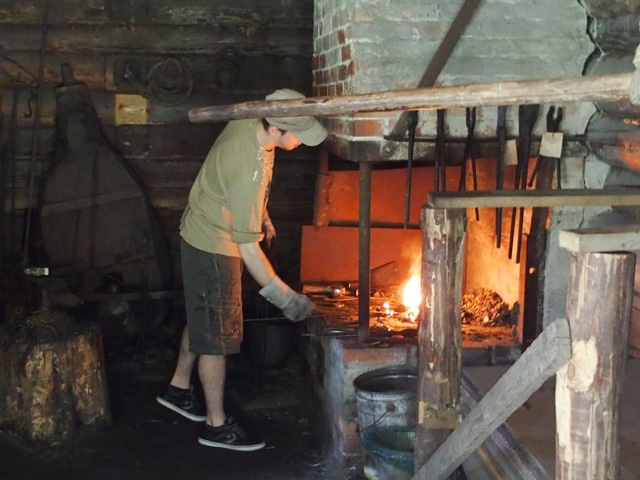 This was the 16c blacksmiths forge and interestingly 2 young guys were making things, and just wearing their ordinary clothes. They seemed to be simply enjoying working away at their task. 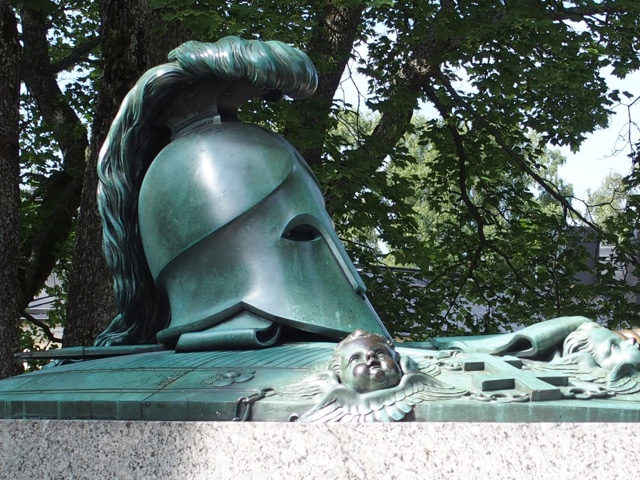 On fortress island, Helsinki.
But talking about the rhythm of life on this trip of ours would be incomplete if I didn't mention the music that we've heard. Here Karoliina Kantelinen, from her group No One's Land, based in Helsinki, sings and plays about her Karelian homeland. Beautiful music, at times teeming with joy and then, wretched in tales of dispossession. 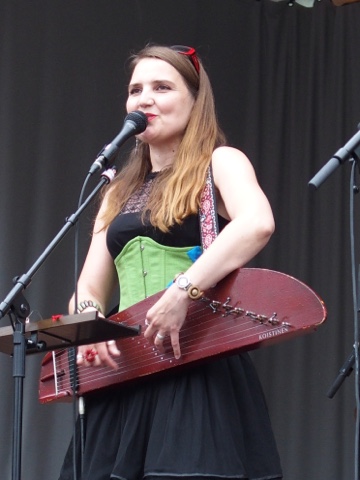 Karoliina playing her kantele.
So in looking at previous ways of living, we also took to the seas, and on the beautiful harbours in Helsinki and Stockholm, motored past people enjoying the last of the summer warmth. 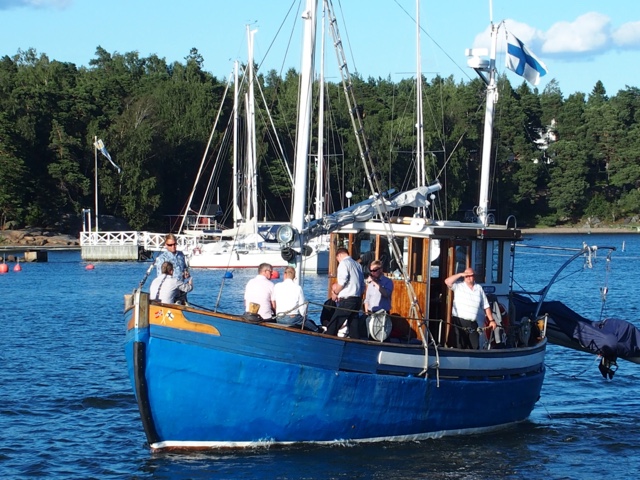 A highlight of all this exploring was the workers' museum and the history of housing museum in Tampere, Finland. Rooms are recreated, images of people working, explanations given of conditions and struggles. We kept thinking that such museums in Melbourne would be fabulous. 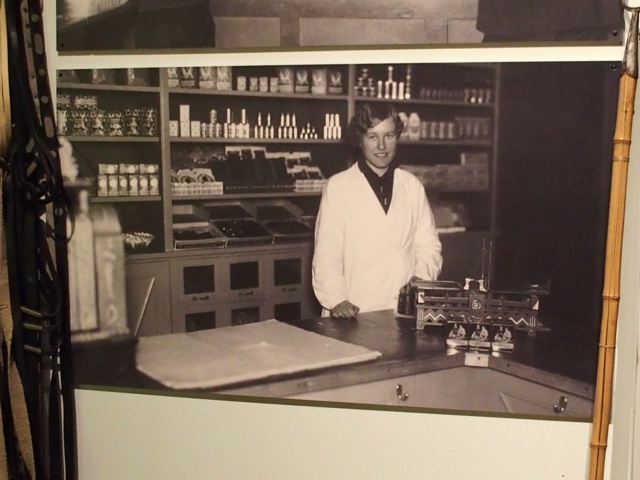 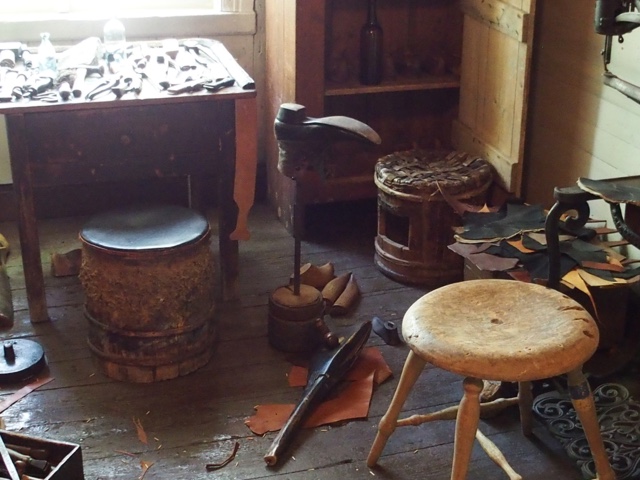 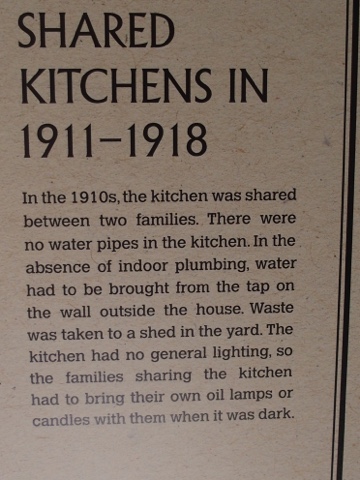 Some of the best experiences at these cultural museums came from the demonstrations given by local people of activities associated with schooling, herding, food preparation etc. 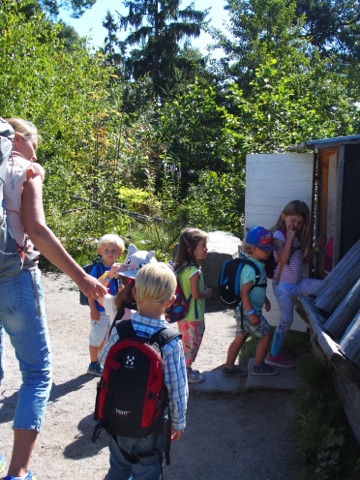 Local primary school students entering the Saami summer house to talk with the host about traditional Saami life.
Of course, the depiction of women's lives was great, looking at the kitchens and bedrooms and trying to imagine sharing small spaces and facilities. 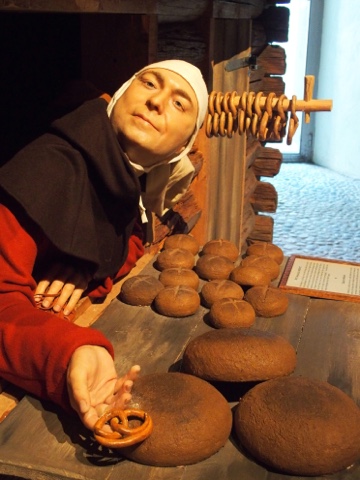 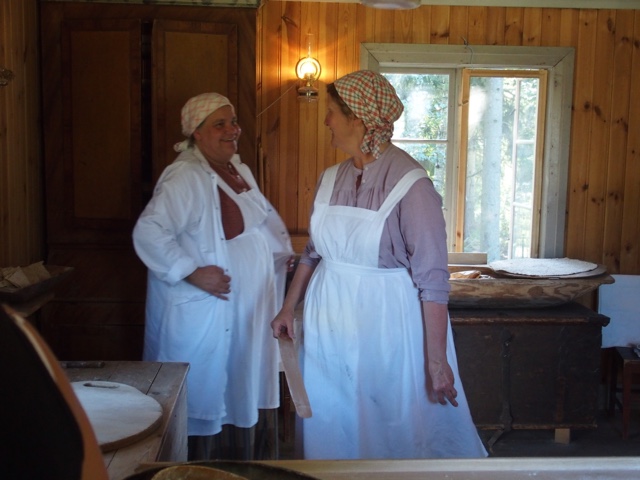 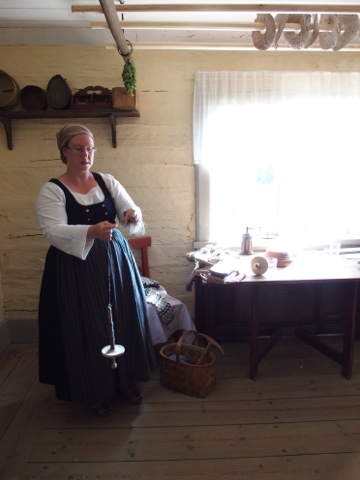 We toured over the Vassa Museum, depicting the sinking of the great Vasa ship 20 minutes after it started her maiden voyage as a war ship in the 17c. 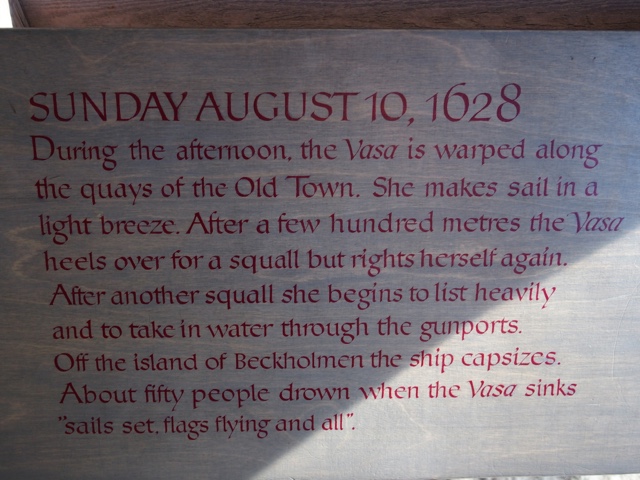 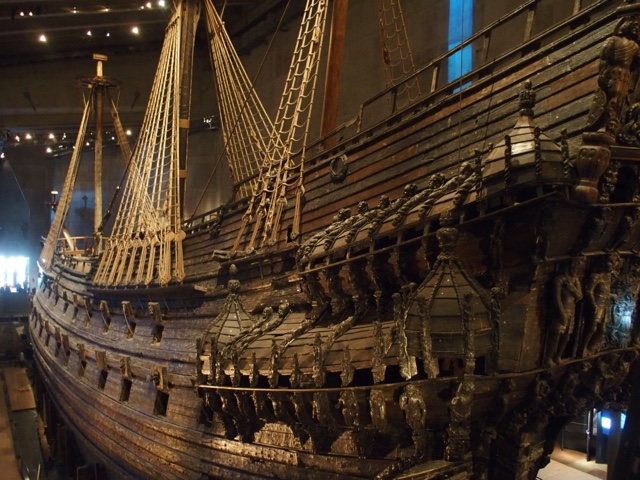 The Vasa, recovered from Stockholm harbour in the 1960s, about 80% original. 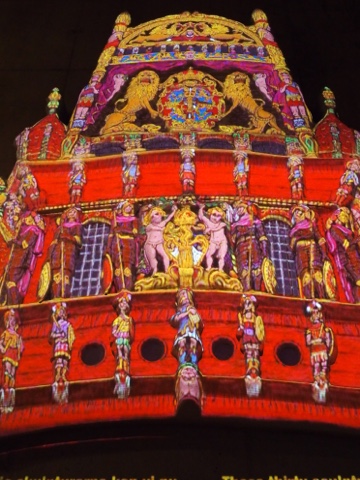 Warships were brightly painted, to be seen and feared by the enemy.
And now we are attending to our own rhythms, by relaxing for a few days in northern Sweden. Seems an indulgence after what we have learnt about people's lives. 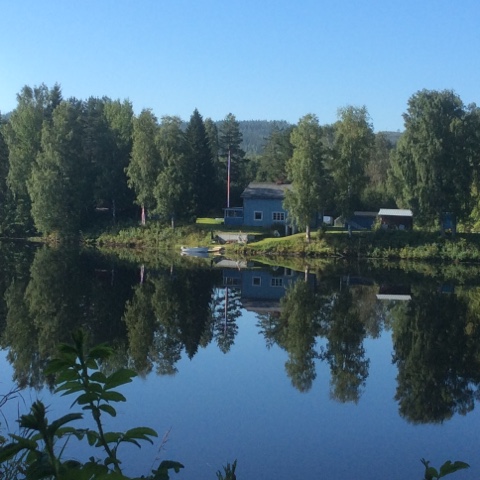