Tampere was (and is) a gem!  Not just because of the cute accommodation (which always shapes how we see a place), but also because of the range of museums and other attractions: things to do and see.  And there are plenty of those, leaving us with yet more to see on a future visit.

We drove there from Helsinki by a little roundabout route in order not to arrive too early. But arrive we did, in a district of older wooden houses, where we had the entire upstairs of one ... a good kitchen with balcony overlooking the garden, a large lounge room, a small bedroom for us, a bathroom and, if we needed it (which we didn't) a further bed in a mezzanine loft up some steep stairs from the bedroom.  Our charming and enthusiastic host greeted us and provided local information, including some advice about some music that was happening down town later that afternoon. 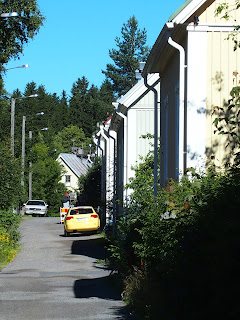 We went for a walk in the nearby forest, a track that led over a ridge to one of the lakes; Tampere sits on the area between two large lakes.  A loop brought us round and back to our accommodation. 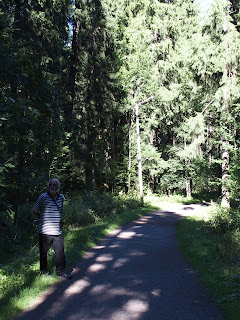 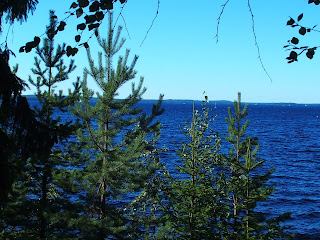 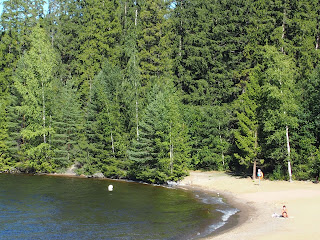 We then headed off across and down town. This turned out to be a fairly long walk, first to the park where a band was playing some 'groove' (hmmm, nope) and then into the proper downtown area for dinner. This was at an Indian restaurant that Philip Page had recommended ... he said it was almost worth the train trip from Helsinki just for their food.  Their evening banquet was good ... perhaps not train trip good, but still very worthy.  And then we walked back to the house ... a long trekking day, so we were a little tired!

We only had two nights here, so we needed to make the most of the next day (a Sunday). Off early to church ... well, not for the service (though this was just finishing as we got there), but for the controversial frescoes in the cathedral ... modern paintings in a sort of naïve style ... skeletons tending the Garden of Death, children carrying a wounded angel on a stretcher etc.  Interesting. 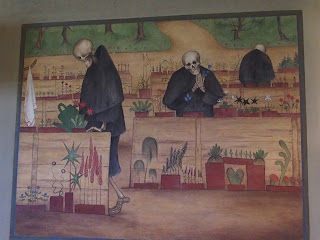 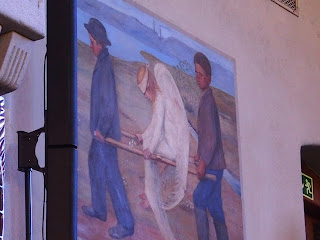 Then across the river/canal/channel (old industrial area - and this water was the connection between the lakes, flowing and powering water mills) to the museum area, located in the old mills themselves. 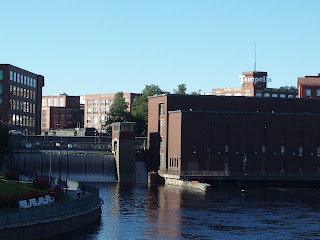 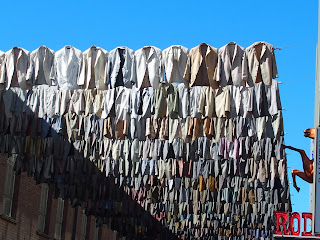 Then, in an adjoining building, the Workers' Museum, curated (it seems) by the union movement. This provided a fascinating social and political history of the area ... and of Finland to some extent. There was a temporary exhibition of 'Red Tampere' as well as well set-out areas on the textile weaving mills, the union halls, the water-powered engines and so on. 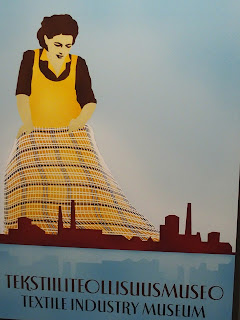 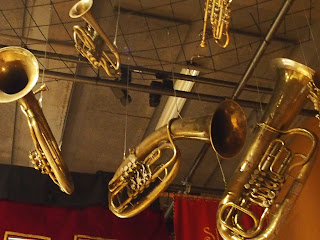 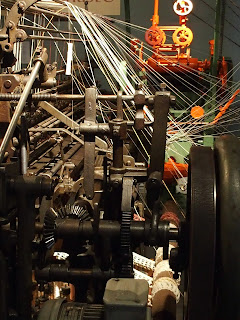 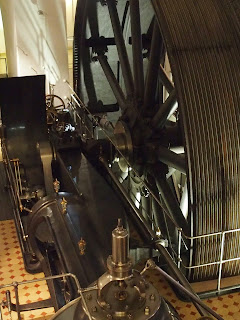 Lots of displays, lots of information, many buttons to push to get stories and music and videos (some with English subtitles - generally lots of English explanations). For example, there were workers' lockers that you could open to see what they brought to work, and this then triggered taped stories that told their stories (in Finnish). 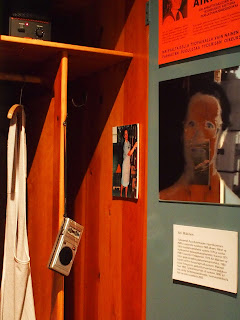 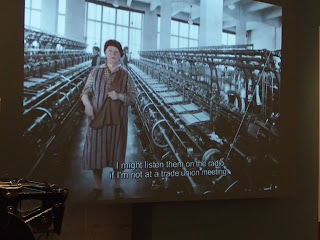 There was so much to take in ... we went for some lunch in a cafeteria in the museum complex, and then came back for more.

From there, further across town to the Amuri Museum of Workers' Houses. 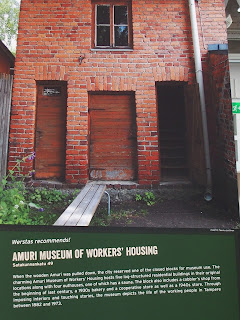 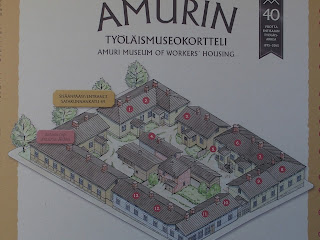 This was a block of old houses that has been saved and restored, when an area was being razed and low-rise apartments being built. There are some 30 dwellings, set up in roughly chronological order, giving a wonderful insight into the changes in living conditions from the early 1800s. 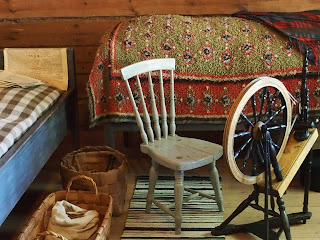 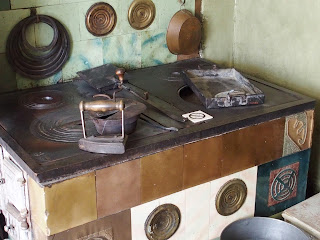 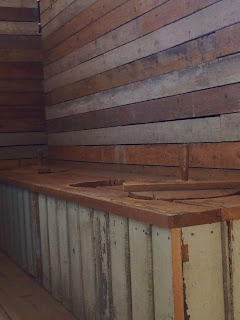 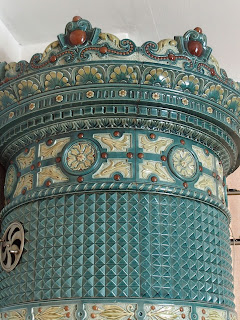 There are co-op shops, trades etc, as well as the apartments ... which early on, tended to be four separate one-room apartments grouped around a common kitchen. With up to 80 people living in one house!  There were people wandering around there to explain and comment on them. 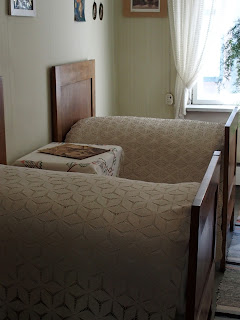 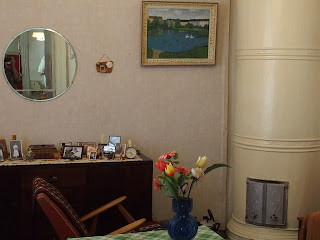 And finally, a few blocks away, the Lenin Museum, outlining Lenin's life, as well as the occasions when he was in Finland (underground). 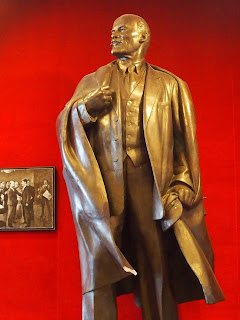 Huge amounts of material in display cabinets ... translations of the Finnish display notes in a large folder, but was it museum-overload, or the fairly dry presentation? It was a valuable museum if you were a total Lenin scholar, but after a while, we were wandering through with a somewhat dazed expression.

Back to the house, and later we took a bus into town for a Thai/Lao meal and then bussed back again.

And there was a sense of a lot of other things to do: lots of other museums in the complex, but also whole areas off Tampere that we didn't go to, such as the ridge between the two lakes where there's apparently a great view over the town. We need to come back.


We headed off towards the ferry from Turku to Stockholm. This wasn't to leave until almost 9 pm, so we planned a longer route via the coast. On the way, we dropped in on Arto Järvelä, top Finnish folk fiddler and nyckelharpa player - who we'd met in Melbourne in the early 1990s. We'd promised then that we'd come and visit so, some 22 years later, here we were. It was fabulous to meet him and Varpu again for lunch.

Arto suggested we also visit the small coastal town of Rauma, so we drove there. Because of luggage in the car, these was a quick drive through of the old town - a vast area of coloured wooden buildings. It was magnificent, if a little 'precious', but we'd like to come back and stay there sometime.

Then finally on to Turku via some back roads and down to the docks, still quite early, for a long wait until boarding commenced and we were on. We had a double cabin with a giant window, and we could watch the islands gliding past, some very close to the boat, until it got dark. 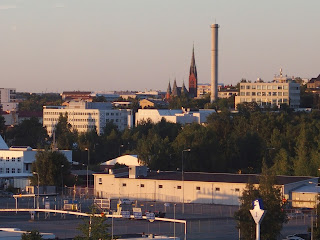 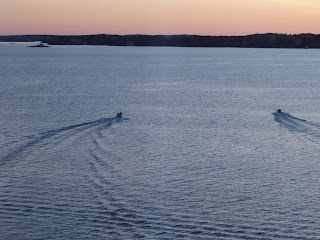 Posted by Roger Holdsworth at 08:35