Riga is an interesting place, with both an old city set on the banks of the Daugava River, and a newer Art Nouveau quarter a little more inland.  A lovely canal separates the two. And across the river (Pādaugava) to the west are some old areas of wooden houses that are being steadily renovated and regenerated. It was here that we were staying.

The house is a two-storey wooden building behind a taller concrete block, with a courtyard for cars etc. We were in an upper apartment with a nice bedroom and a very small kitchen and tiny bathroom. 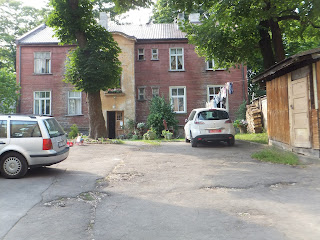 The whole area is very interesting and way off the tourist trail. There are large numbers of wooden houses in various states of repair and renovation (the walls of our stairway was undergoing stripping and painting while we were there ... for which our host apologised many times), and there's a sense that in about 5 years or so, this will be a big boom area. Already there are some weekend markets ... but it currently lacks the variety of restaurants and amenities that would be available closer to the old quarter. There's a great market just up the road and a good restaurant we went to a couple of times, but we didn't find other eating places there.

Travel into the centre is fairly easy: occasional trams (every 20 minutes) and more regular buses, from the end of the street. These get into the edge of the old quarter in about 10 minutes. So this is what we did.

The old town is small and picturesque. We initially took one of those tourist train orientations ... this time in a connected set of 'golf buggies' rather than a train, and proceeded to wander round a bit. 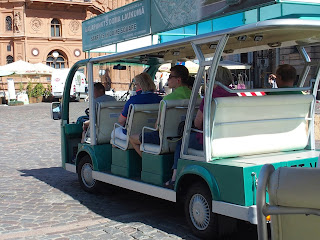 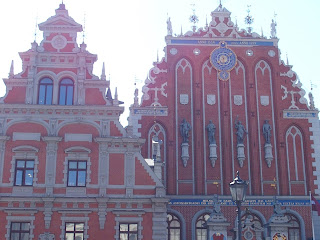 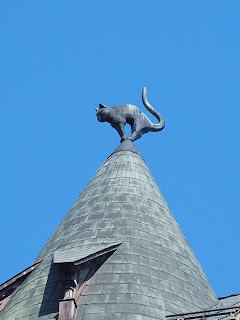 Lots of music in the streets: 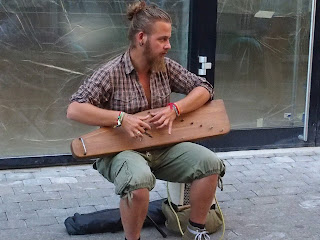 We also took a canal boat trip, which looped through the canal that separates the city and then travels out into and up the Daugava for a while before re-entering the other end of the canal.  It was very pleasant and there was an English commentary just for us and an English couple. 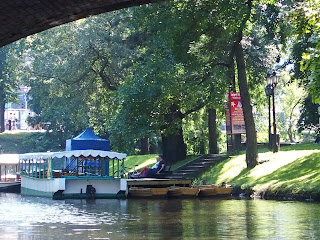 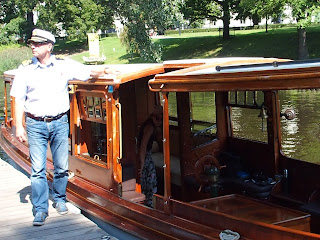 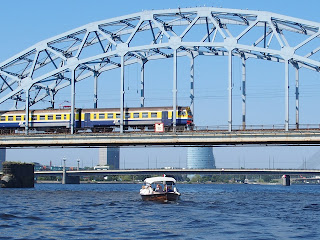 On another day we visited the huge city market, just to the south of the centre ... four giant ex-zeppelin hangers with hundreds of stalls ... and a vast spillover of stalls in the neighbourhood. Everything, as a guide said, from fresh fish to pirated DVDs. We bought a third bag! 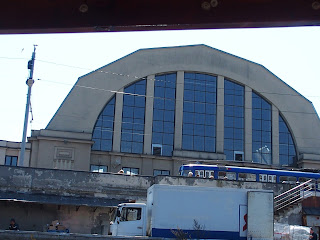 The Art Nouveau area is just northeast of the old city. There are some great street facades there, including buildings designed by Eisenstein's father. We wandered through, following a Lonely Planet self-guided walking tour, spotting design elements. It wasn't as extensive as we thought it would be (the tour, not the area ... or maybe the area wasn't), and ended up with Art Nouveau in the old city. 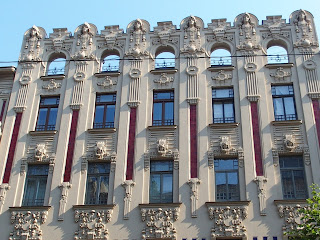 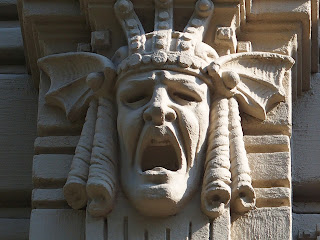 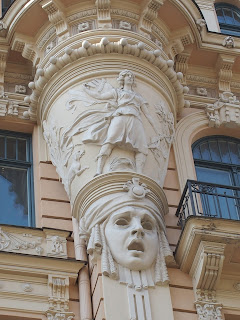 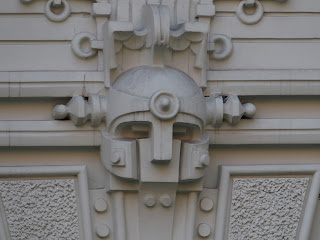 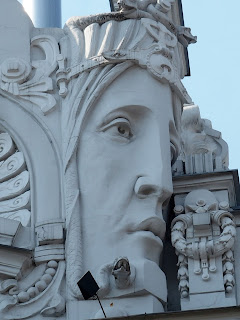 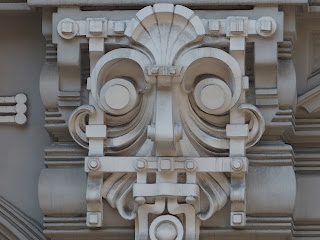 What else? Oh, I bought some obligatory CDs from Upe Records; and we took a tram into the southern suburbs to see how the masses lived.  On our final day, we also took the train out to the seaside area of Jūrmala, hopping off at Majōri and wandering down to and along the beach for a way. 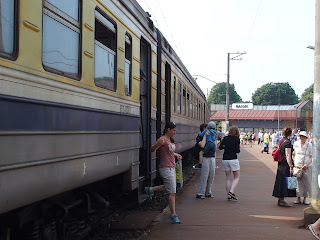 But after Australian beaches, there's only so much of a packed stretch of sand that holds much interest. 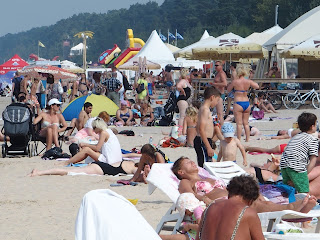 So it was train back to Riga, hopping off at the second-last station, on our side of the river, and finding our way back to the apartment.

We are a little horrified by the number of semi-aggressive (perhaps more accurately: surly assertive) drunks around town. Not vast numbers, but frequently on public transport and in parks ... drinking publicly, falling over, travelling without a ticket, arguing with conductors and inspectors, refusing to leave the train etc. There was definitely an 'edge' to the city. And these were relatively young people ... maybe mid 20s to mid 30s.

To balance that, we also met some lovely people who were very helpful, with and without much English. We had a great final meal in a rooftop restaurant, with a cooling breeze and vistas of church spires and old city rooftops. 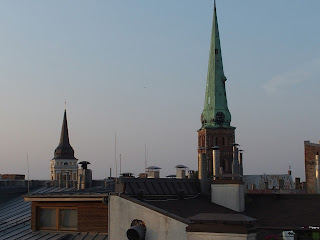 Posted by Roger Holdsworth at 22:30