With the ferry from Turku in Finland arriving at 6.30 am, we managed to crib an extra day and pretty much have five full days in Stockholm. And it still wasn't enough, with many things planned left undone. It's a great city and easy to get around ... we'll have to return.

The ferry trip was totally uneventful, not the party boat that some mention. Apparently, says Arto, that's Friday night's voyage ... and Monday is quiet for us non-party crowd. Maybe there was a disco; maybe there was karaoke - who are we to dispute such allegations? We were in our double cabin with an enormous port-hole, watching the islands drift past until it was too dark to see them (late at night), 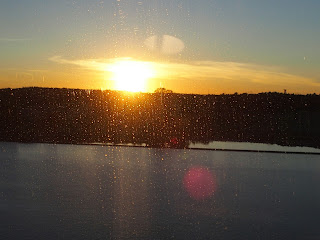 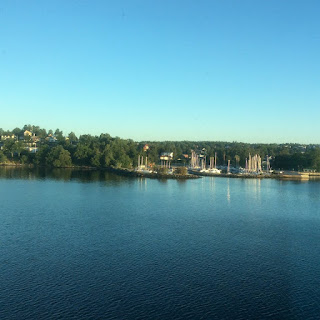 and then again in the early morning light. Silently, ripple-less ... woods and coves moving past, close enough to touch it seemed.

And disembarkation was smooth. Jane was confused as always, thinking us all at sea still, but recovered in time to send us through some tunnels, from which we emerged within a block or so of our apartment. We were about an hour earlier than we'd arranged, so nothing but to settle down and wait and eventually knock on the door, be welcomed and shown round, and hey presto, there we were ... somewhere south of the centre, in an industrial/residential suburb of Stockholm.

But it turned out not to be so far out anyway - or the central part and suburbs are relatively small.  Our modern apartment, on the top floor of a 3-storey block of flats from, what, the 1960s? had a large lounge/dining room/kitchen, bedroom, bathroom and hallway. Comfortable, good cross-breeze possible from the small balcony off the lounge, all provisions... 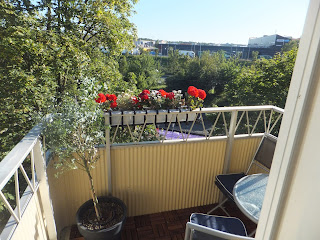 The owners about to have a baby, and living at a parent's place while we stayed there.  Such is Airbnb.

And close to transport: the tram immediately outside the apartment block, with a bus interchange, and a suburban line station ... all within 5 minutes' walk. Two stops to the centre; good cross-town links.

We oriented ourselves with a walk to a nearby suburb, where maps said (correctly) there was an ATM (to get some Swedish krone and lunch ... and then buy a weekly public transport pass ... and some groceries ... and then take the T-bahn and tram back to our apartment, just to show we'd worked it all out!  And later in the day we walked through some parklands near the water for a dinner on the dockside ... and bus back.

The next day, we'd arranged to meet the fabulous Josefina Paulson, nyckleharpa extraordinaire. She'd intended to be in Stockholm for a rehearsal, but had come down with a bad sore throat etc, so had cancelled that, but travelled 1.5 hours into the city to meet us anyway. 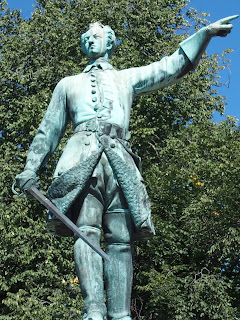 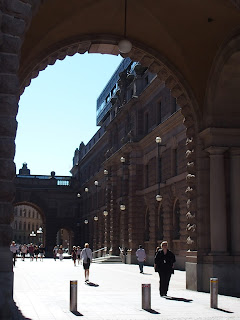 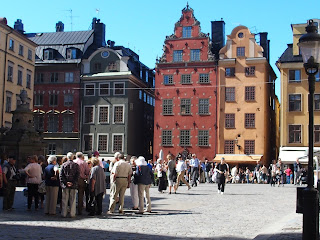 We took the train into town, wandered around Gamla Stan, found a science fiction bookshop that had titles in English (yay!) and then met Josefina at the station.  Then a most pleasant time wandering and eating and drinking with her - around Gamla Stan again, across to Slussen, up to the heights of the elevator, down the cliffs and finished up at the cafe at the Photography Museum. 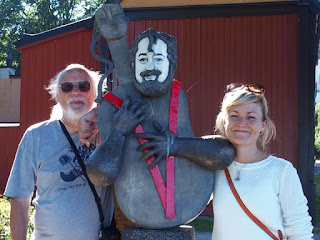 It was brilliant just catching up with her again, finding out what was happening in her life ... and getting copies of her three recent CD releases ... hint, listen to the Global Village when we return.

Josefina also told us about a concert being presented by some of her friends, the group Sirocco, the next night, in a church further south of Stockholm. We resolved to go ... and did (see below).

Late afternoon, we took an 'Under the Bridges' tour by water around Stockholm. 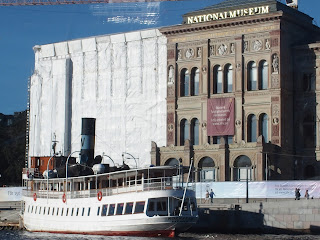 Homewards then, and across to the harbour side for a Thai dinner and conversations with the waiter.

Next day we went into town again and headed off to the museum island of Djurgården and, in particular, the largest outdoor museum, Skansen. Think Sovereign Hill crossed with Healesville ... but much bigger.  We spent, we think, about 5 hours there and didn't see it all. But we did see owls being fed, reindeer sleeping, elks lying about, bears scratching themselves and play-fighting ... 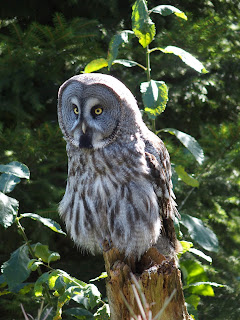 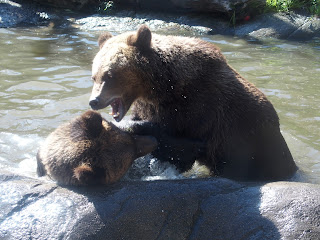 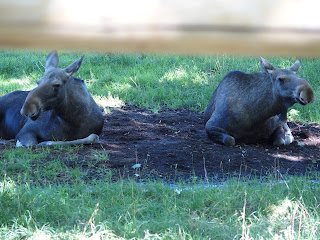 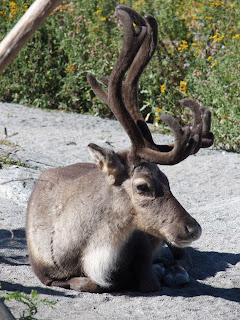 and talked with people about education (in the old school house), Sami life and politics (in the Sami camp), ironware (in the iron store), printing (you get the idea)... 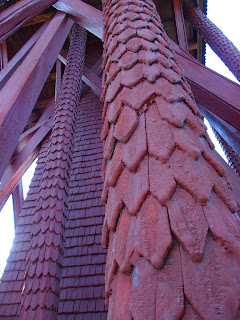 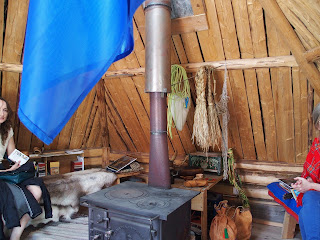 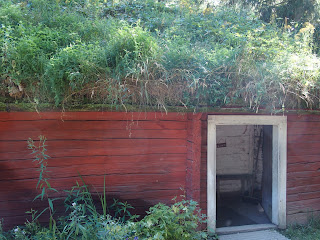 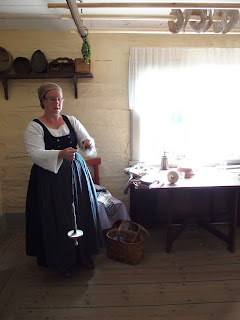 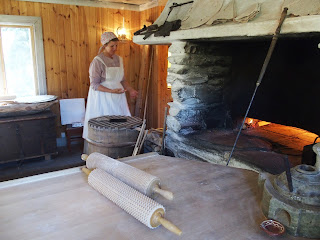 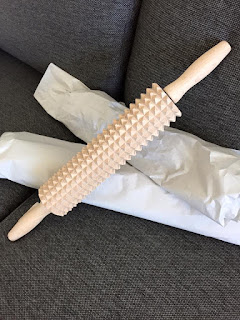 So that was an exhausting day ... back via to ferry to Slussen and T-bahn and bus to the apartment.


But that wasn't all, for the concert was on at 7 pm, some distance south. A couple of buses later (courtesy of the on-line public transport planner) and we were there, with about 50 people in a  church, listening to the group Sirocco and their repertoire from al-Andalus and the middle east. As one does in Stockholm. 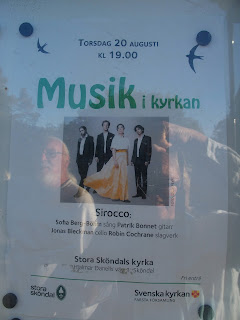 We chatted to them after the performance, passed on Josefina's best wishes (and apologies), arranged for a copy of their CD to come to Australia (another program hint), then a quick pizza in the 'burbs and home.

Next day was shopping day - across to the SOFO area of Södermalm to wander for a while - and then back for a slower day.

And on the final day, with intentions of seeing a couple more museums before we departed Stockholm, it was across first to the Historical Museum, and then to Djurgården again for the Vasamuseet.  These are both brilliant displays, and we were knocked out as much by the presentation, as the content.

The first presents the history of both Sweden and Stockholm in particular - the gold room, with detailed collars and rings and bowls - and a fascinating video about the context of this; and further up the building, great presentation of medieval and baroque living, architecture and art. It was possible to spend much more time there than we had ... but we risked overload. 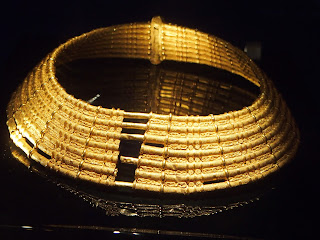 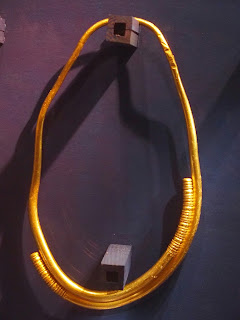 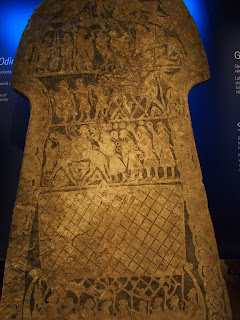 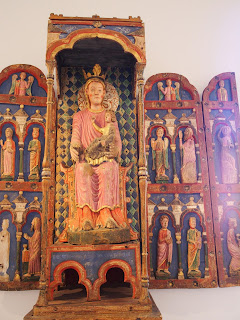 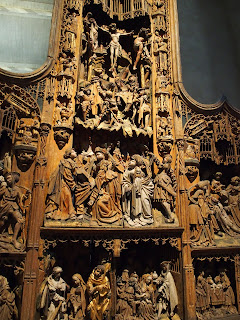 Overload wasn't really the case at the Vasamuseet, focusing on one ship and one event - its sinking 20 minutes into its maiden voyage, 400 years ago. It has been raised, stabilised (well, not entirely, as we hear that the timbers and bolts are in real danger of being leached away) and displayed. 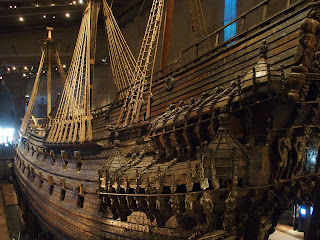 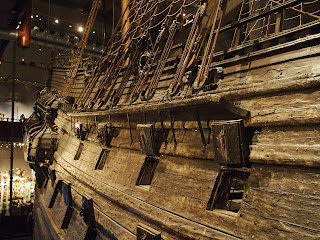 We did an English language tour just after we arrived and this is a great introduction, allowing you then to examine all aspects of the ship - mis-structured and top-heavy - with portraits of the crew.  And another great video adding to the context. Again, this is a fascinating museum. 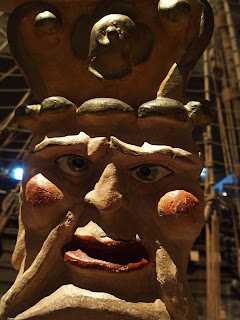 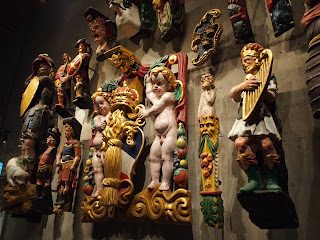 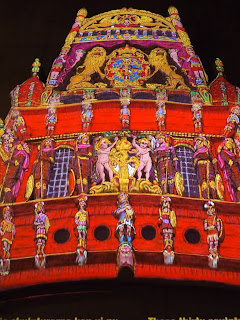 And home and off for an Indian meal near the water ... and that was Stockholm ... with lots of things undone. We leave with the intention of returning ...
Posted by Roger Holdsworth at 00:56